300 million users. 81 courses to learn 30 different languages. Funding of about $108 million and an estimated nearly billionaire. These are the numbers of the success of Duolingo , the world’s most popular app for foreign language learning.

The service is completely free, and will always be free. It is funded through advertising and a subscription that removes banners and offers the ability to download lessons for offline learning. For some months now there has also been an online English test for a fee: it is recognised by institutions and companies and costs much less than classic certifications such as the TOEFL which require an exam in a language school.

Duolingo’s success and growth have never been interrupted and are due, in addition to the free service, to the peculiar system of “gamification” that applies the mechanisms of a video game to language learning. In Duolingo you can challenge your friends, pass levels, get points for correct answers and acquire a virtual currency that can be used to buy objects and “power-ups”.

For Duolingo our country is the 11th market in the world for the number of subscribers, but the numbers that the company has shared with La Stampa show a growing interest in language learning: in the period 2017-2018 Italian users grew by 20% year on year, against 9.2% recorded globally.

The courses available in Italian now become four: English, German and French are joined by Spanish. On the web version of the service you can already register and start learning the new language immediately, while it will take a couple of weeks before the course is also available within the application.

The most interesting data shared by Duolingo is the ranking of the most studied languages in Italy. In first place is English, with 55% of students, followed immediately not by French or German (respectively third and fourth course for popularity) but by Italian, with 11% of students enrolled. Compared to last year, the number of users participating in the course increased by 26%. The figure, say Duolingo, can probably be linked to the flows of refugees and immigrants who want to learn our language.

“We founded Duolingo in order to offer high quality education to everyone, regardless of their economic possibilities”, Luis von Ahn, CEO of Duolingo, explains to La Stampa. During his PhD in mathematics at Duke University in the early 2000s, von Ahn came up with the idea of CAPTCHA, the random letter and number system that makes it possible to distinguish a human web user from a bot.

A later commercial version of the system, called reCAPTCHA, uses letter and symbol recognition to digitize portions of books that automatic recognition systems cannot read correctly. Von Ahn sold it to Google in 2009 and then, in 2012, officially launched Duolingo along with co-founder Severin Hacker. Despite his American success, von Ahn has never forgotten his roots and does not hide that his experience of immigrating from a developing country helped shape Duolingo’s mission.

“One of the things we are most proud of is that our app is used by the entire human spectrum, from the richest people in the world, to students in developing countries, to refugees trying to adapt to life in a new country,” he explains, commenting on the data on learning Italian in Italy.

“Italy is a fundamental landing and junction point. Many here approach for the first time a Latin alphabet or, in general, a written language,” confirms Professor Maria Luisa Faulisi, who teaches Italian to migrants at the School of Italian Language for Foreigners at the University of Palermo. “For this reason last year, in collaboration with the CNR, thanks to the funding of UNICEF and the patronage of the USR Sicily, we created Studiare Migrando, a platform for learning the Italian language for foreigners that is working very well. The app is available from early 2018. I don’t know if our students know Duolingo, but I’m certainly not surprised and it seems in line with their propensity to use the smartphone as a tool for communication and integration.

Can you really learn a language with Duolingo?

Despite its global success, Duolingo and other similar services are not immune from criticism. With Duolingo, the detractors say, you can learn just the basics of a language, you never get to speak it naturally and you can’t believe you’ve really learned it.

It’s true, von Ahn admits, but only in part: with Duolingo you can’t expect to reach a level of advanced linguistic knowledge but this, he adds, was never the purpose of the application. Rather, the aim is to provide students with a basis of “linguistic independence that allows them to start studying, travel abroad” or carry on a basic conversation.

“To date, no single application or program can lead to fluency in a language,” admits the CEO. “You need to immerse yourself in culture and language. That’s why we offer our students a range of resources to continue learning with Duolingo through podcasts, stories and events. Each of these initiatives helps to develop different aspects such as the ability to understand the spoken language, the understanding of the written language and the practice of conversation in real time.

In the future, he concludes, concrete help could come from Artificial Intelligence: “We are developing a system based on machine learning so that it is possible to offer a free tutoring system for anyone who wants to learn a new language, anywhere in the world and always for free”.
The new Spanish course in Italian is already available for the web version of Duolingo. The app can be downloaded for free on iPhone and Android from the App Store or Google Play Store. 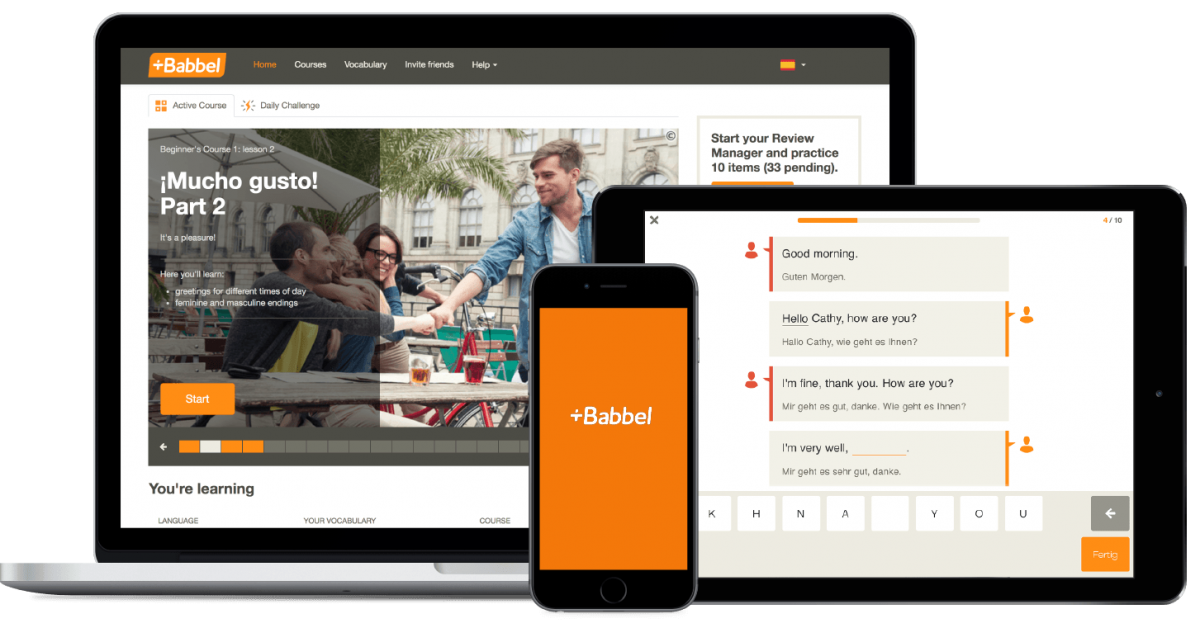